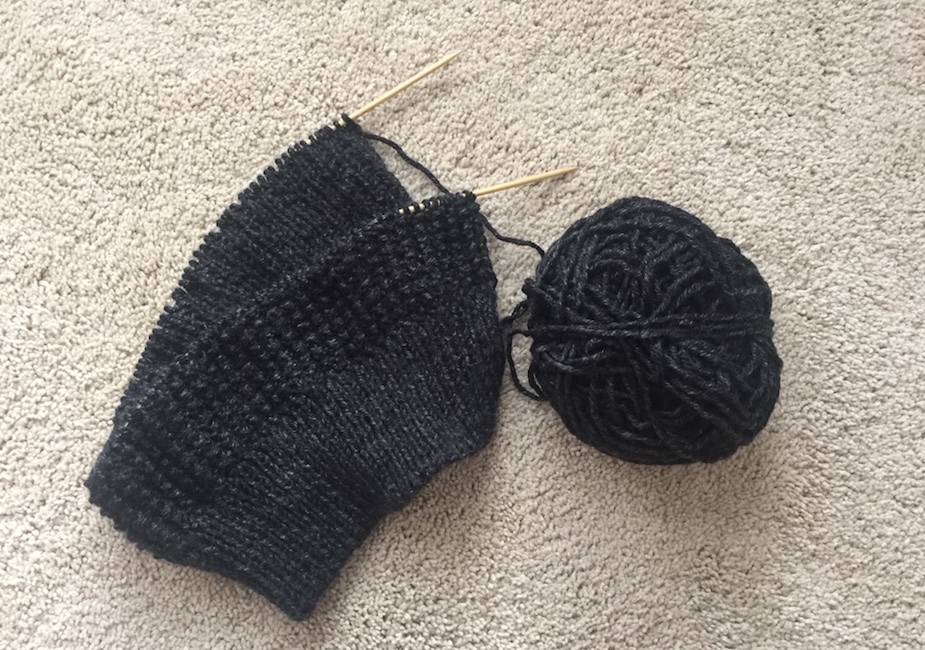 There’s not much more in life that excites me as much as finding an amazing knitting pattern and realizing that it can be worked flat instead of on circulars. I’m fairly new to knitting, so working flat is always a better choice for me. I can work great with circs for chunky yarn, but I tend to lose track of the cast on loops with thinner yarn. Alas, when it comes to more intricate and subtle knits, smaller needles and thinner yarn are sometimes a necessity. That was the case with the Naked Star Hat pattern I stumbled across on Ravelry.

The hat I created from this pattern is intended for my friend and tattoo artist who has been working with me on a pretty big piece over the past few months. I deal with a lot of anxiety when it comes to needles and pain, so he had to deal with a lot of shit from me in order to work on this tattoo (thanks Juice!). I decided to handcraft something for him as a “tip” for his time and patience. Since his shop is located in a small town in the mountains, I figured a nice warm beanie would be perfect.

This pattern calls for a DK yarn, preferably with a bit of mohair or Angora fur. I wanted to be able to pick it up in store, so I went for Lion Brand Heartland for the price and convenience. It has a bit of fuzz to it and is surprisingly soft for a 100% acrylic yarn. I liked the choice of colors and picked up 2 skeins of “Black Canyon” for the hat. This is considered a medium weight, worsted yarn, but the strands are pretty thin and light so I think it worked well in this pattern to give the hat some slouch. As I mentioned before, I added in a tubular cast-on for this hat. I use this video to help with this cast-on anytime I use it. (I don’t have it memorized quite yet!) This other video is also quite helpful. The tubular cast-on makes the edges look seamless and very professional. It allows for nearly endless stretch so that garments are never too tight.

This pattern calls for a very basic 1×1 ribbed band that is about 4 inches tall. This band can be folded over to make a fitted cap, or left unfolded for a slouchy style.

Another modification I made to this hat was the amount of stitches I cast on. I originally followed the pattern exactly, but the finished hat was way too big! I found some other finished hats on Ravelry that called for using worsted weight for this project, so I took some notes from those. Most of those projects used about 90-98 cast on stitches, so I went with a total of 96 stitches. I figured that the tubular cast on would allow for enough stretch, even if that made the band a bit smaller. It worked out perfect!

The main body of the hat in this pattern has a really nice, subtle texture that makes it a bit more than just a basic beanie. This texture is achieved by repeating 2 alternating rows of stitches that form the texture and pattern. This texture is made easy by working the piece flat. I’m not sure how this would translate to knitting in the round.

I had some math related issues when it came time to shape the top because I had altered the amount of cast on stitches. My decreases weren’t exactly even or equal, so you could see some of them in the finished hat. I didn’t mind much, because I think it worked out really well and the apparent decreases gave the hat a very handmade feel. I’d like to sit down at some point and map out exactly how to do the decreases properly with my adjusted stitch count.

The final step to this hat was to seam it together with a mattress stitch. Once the hat is seamed, it’s complete and ready to go!

I had slipped the first stitch of every town purl-wise in order to keep the edge smoother. I haven’t worked with the mattress stitch much, so I can’t say that my finished seam was the prettiest, but it definitely worked. I liked that the visible seam kind of designated a “backside” to the hat so you always put it on the same way.

Overall I loved working with this pattern. It was easy, quick, and the end product is super cute. I really enjoyed working with the texture pattern and it kept my interest. It was very easy to pick up, do a few rows, and put back down.

In the future, I would like to use a DK weight yarn instead of worsted to see how different the drape is. I think something with mohair would look really nice, and it would also make the hat more feminine.

Difficulty: This was a very easy to knit project. I would highly suggest it to new knitters looking for something a bit more challenging.
Readability: This pattern was very easy to read and follow. I had to think about the decreases a bit, but they are explained fairly well in the pattern.
Interest: The texture created in the pattern was very subtle and nice. I liked it more than just a basic stockinette beanie. The change from the texture to stockinette for shaping the top was interesting and looked great!
Finished Object: I love the outcome of this project. The hat is unisex, but can easily be made more feminine or masculine just by changing the type of yarn you use. I love the slouch, and the shaping at the top is just enough to give it a refined look. All in all, a great, versatile pattern!

Want to make your own? Check out the “Naked Star Hat” by Irina Bil on Ravelry for yourself!

Want to have your pattern reviewed on the blog? Get in touch with me with more information about your pattern! 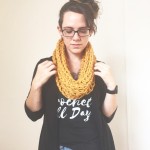 Mostly self-taught, hungry to learn, and eager to teach. I've been exploring creative outlets for over a decade and refining my skills. I believe everyone is capable of learning a new skill as long as they put in the effort, and I hope to inspire and encourage others to work with their hands.